Summary of This Tender Land by William Kent Krueger 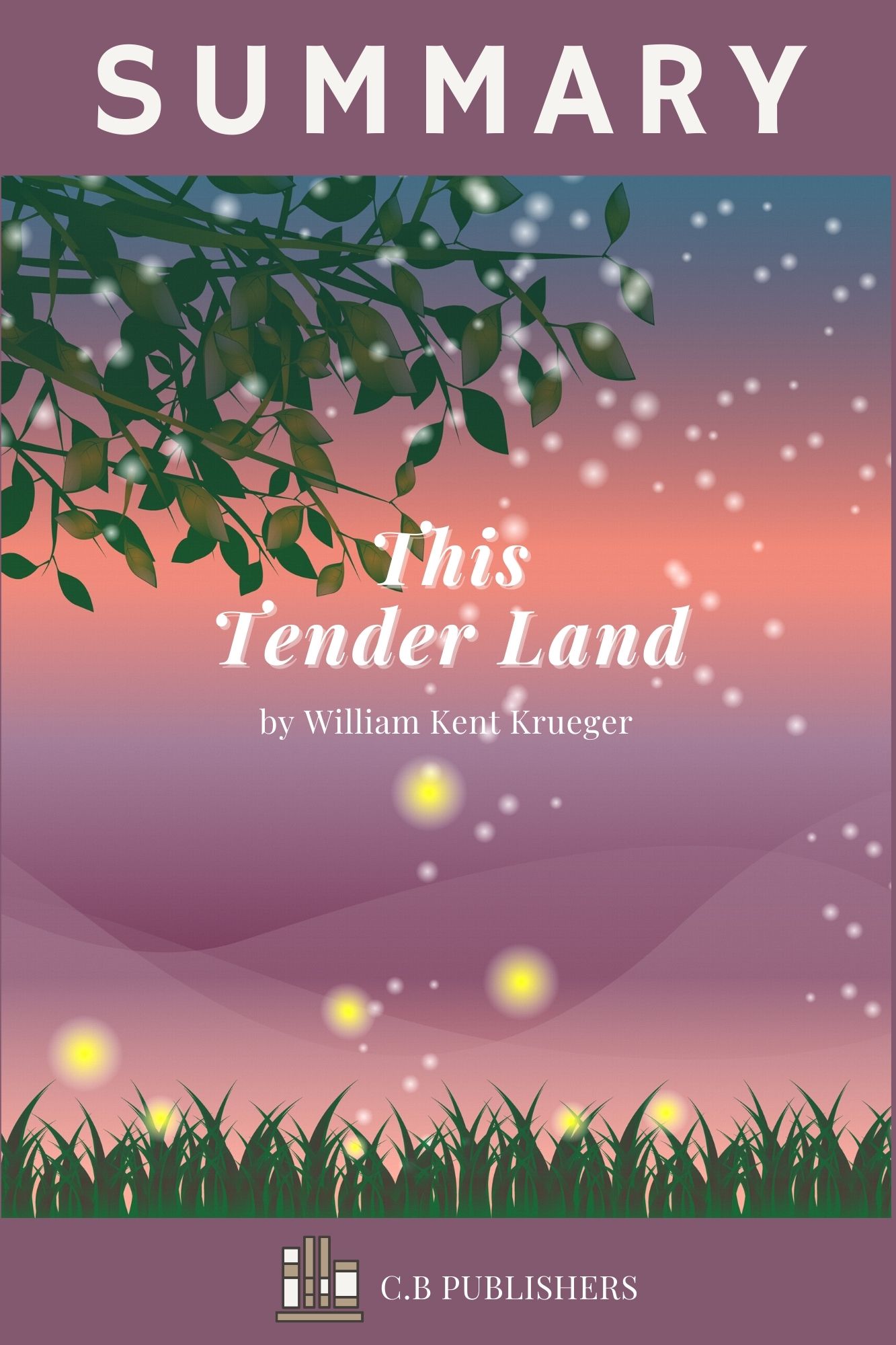 Chapter by Chapter Summary and analysis of William Kent Krueger´s book This Tender Land, including detailed summaries of the chapters of the original book.

About This Tender Land book

Part 1 introduces the narrator, Odie O’Banion, and his older brother, Albert, who are sent to a Native American boarding school in Fremont County, Minnesota after their father dies, even though they are White. During their four years at the school, Odie earns a reputation as a troublemaker, while Albert earns the trust of Mrs. Brickman, the school’s harsh superintendent. They befriend Mose, an orphaned boy whose tongue was amputated as a child, as well as Mrs. Frost, a sweet widow who teaches at the school, and her daughter, Emmy.

Mrs. Frost offers to adopt Odie, Albert, and Mose, but she is killed the next day by a tornado. Odie is sentenced to solitary confinement on the day of her funeral for leaving school property. That night, Vincent DiMarco, the school’s disciplinarian who is known by the students as a sexual predator, leads Odie to a nearby quarry to murder him for standing up to him earlier.

Odie escapes, causing DiMarco to perish in the quarry. Odie, Albert, and Mose decide to flee. They pay a visit to Mr. Brickman before leaving, threatening to reveal his affair with one of the teachers to Mrs. Brickman, who is out of town. They eventually knock Mr. Brickman out and steal the contents of his safe, including money and documents. They also take Emmy with them at her request.

In Part 2, they all set out in Mrs. Frost’s canoe down the Gilead River. During a storm, they seek shelter in a shed one night. The following morning, they are discovered by the shed’s owner, Jack, who forces Albert, Odie, and Mose to work on his farm under threat of death. Over the next few days, Odie grows to pity Jack, whose wife and daughter abandoned him, but he remains wary of Jack’s violent temper. Albert confronts Jack one night after he becomes enraged with Emmy. Odie shoots Jack with Mr. Brickman’s gun after being convinced that Jack is about to shoot Albert. They declare Jack dead.

In Part 3, Odie and his friends come across and eventually join a religious revival led by a woman known as Sister Eve. Sister Eve appears to heal people who come to the stage every night. Odie confronts Sister Eve when he notices Sid, the revival’s manager, paying a fee to some of the people who claimed to be healed on stage.

During their fight, a rattlesnake from one of the revival’s shows escapes and bites Albert. Odie is upset to learn that he threw away Sid’s antivenom, mistaking it for drugs. As Albert’s condition worsens, Odie begs Sister Eve to heal him, but she tells him that he can only be healed if he has faith. Albert is still skeptical, but he makes it until more antivenom arrives. The Brickmans arrive in town shortly after a newspaper photo of Albert appears. Odie, Albert, Mose, and Emmy began their journey downstream.

New tensions between Odie and his companions emerge in Part 4. When Odie becomes separated from the others, he travels to a shantytown and befriends the Schofields, falling in love with Maybeth Schofield. After losing their Kansas farm, the Schofields are on their way to Chicago, but their car is broken and they don’t have enough money to buy gas.

Odie persuades Albert to fix their car and gives them money for gas, allowing them to leave. Simultaneously, with the help of a mentor named Hawk Flies at Night, Mose learns about injustices committed against his Sioux relatives and ancestors, causing a schism between him and the others. They flee when they realize the Brickmans are close behind.

In Part 5, Odie, Albert, Mose, and Emmy arrive in St. Paul and are welcomed by Gertie Hellman and her partner Flo, who own a café. They quickly make friends and find work in the café and along the waterfront. Odie is surprised one day to run into Jack, who has miraculously survived and turned his life around. Odie is disappointed when Albert, Mose, and Emmy decide to stay in St. Paul. He boards a train bound for the south without informing the others.

Part 6 begins with Odie in an unfamiliar setting, and he manages to escape two leering men thanks to advice given to him weeks earlier by Emmy, who has a gift for seeing the future. Odie arrives in St. Louis and seeks out the woman he refers to as Aunt Julia. He discovers over the next few days that Julia is his mother and that she gave birth to him in the brothel that she now runs.

When the Brickmans arrive, Odie discovers that Mrs. Brickman used to work in Julia’s brothel before betraying Julia and murdering the man Odie knew as his father. Julia and Mrs. Brickman fight and then fall out of a window, killing Mrs. Brickman and leaving Julia in a coma. Albert, Mose, Emmy, and Sister Eve join Odie in watching over her in the hospital. Sister Eve encourages him to visualize the happy ending he wants.

As Odie reflects on his past, an Epilogue sketches out the characters’ subsequent lives—among them, Julia survives her coma and opens a dress shop, Odie marries Maybeth Schofield, and Emmy stays with Sister Eve, who teaches her to use her abilities for good. Throughout the novel, Odie’s views on God and spirituality change as he encounters new situations and people. He initially blames God for the bad things that happen, but he gradually shifts toward a more hopeful philosophy, accepting both the good and bad aspects of life’s journey.