Summary of The Lincoln Highway by Amor Towles 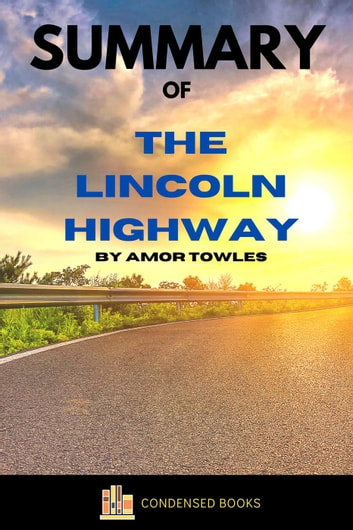 A high-quality summary of Amor Towles´s book The Lincoln Highway, including chapter details and analysis of the main themes of the original book.

About The Lincoln Highway book

The Lincoln Highway is a fast-paced and reflective adventure story about three young men from various backgrounds who are incarcerated together in a juvenile detention center and then released onto the streets, where their competing motives and moralities lead them to collide across the United States. Beginning on June 12, 1954, with Emmett Watson’s release from the Salina Juvenile Detention Center, each of the novel’s ten sections depicts the events of a single day.

Each of the ten sections is divided into chapters, each of which is named after the main character whose story is told in that chapter. The rest of the book is written in third-person limited perspective, except for Duchess and Sally’s chapters, which are written in first person. The sections of the novel begin with the number TEN and work their way down to the end.