The Body Keeps the Score Summary

The Body Keeps the Score Summary 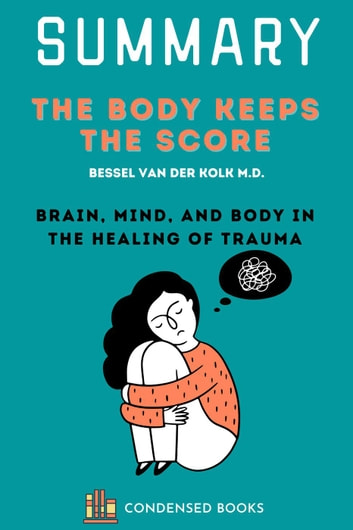 A high-quality summary of Bessel van der Kolk´s book The Body Keeps the Score, including chapter details and analysis of the main themes of the original book.

About the original The Body Keeps the Score book:

Trauma is an unavoidable part of life. One in every five Americans has been abused; one in every four grew up with alcoholics, and one in every three couples has participated in physical violence. Dr. Bessel van der Kolk, one of the world’s leading trauma doctors, has worked with survivors for over three decades. He leverages current scientific advancements in The Body Keeps the Score to explain how trauma actually reshapes both the body and the brain, jeopardizing patients’ capabilities for pleasure, engagement, self-control, and trust. He investigates cutting-edge treatments that activate the brain’s innate neuroplasticity, ranging from neurofeedback and meditation to sports, theatre, and yoga. The Body Keeps the Score, based on Dr. van der Kolk’s own study and those of other prominent experts, reveals the extraordinary potential of our connections to both damage and heal—and gives new hope for recovering lives.

The Body Keeps the Score Summary book is written by Condensed Books.

The Body Keeps the Score Overview

Bessel van der Kolk, M.D.’s nonfiction work The Body Keeps the Score: Brain, Mind, and Body in the Healing of Trauma was published in 2014. This guide is based on the Penguin Books version from 2015. Van der Kolk, a psychiatrist who specializes in various types of trauma, has spent his whole professional career working in trauma therapy, publishing and participating in several scientific research papers. The Body Keeps the Score has been praised by van der Kolk’s colleagues in the medical industry, in addition to being a New York Times Bestseller.

Van der Kolk presents an introduction to trauma, its origins, and treatment through a mix of tales about patients, personal stories, research sources, and general information. He also traces the evolution of the scientific community’s interest in and rejection of trauma as a diagnosis, as well as the obstacles he has personally encountered in obtaining the best possible care for patients suffering from military PTSD, accidents, assaults, and childhood abuse and neglect.

Part 1 delves into van der Kolk’s first encounters with trauma as a medical student, showcasing his growing interest in assisting these patients. He talks about what he observes about military veterans and child abuse victims. He uses neuroscience to explain the underlying anatomy of trauma and expresses his dissatisfaction with the psychiatric industry’s obsession with medicating symptoms with antipsychotic medicines rather than treating the human behind the symptoms.

Part 2 delves deeper into the physiology of trauma, with van der Kolk outlining the anatomy of the brain and which sections are engaged in specific processes. He explains how trauma affects certain brain regions and how these changes influence the rest of the body.

Part 3 delves more into child abuse and neglect as distinct from other types of trauma. Van der Kolk demonstrates that incident-specific adult traumas have a different effect on the brain and body than continuous childhood traumas, particularly those that begin at a young age. He demonstrates how trauma affects children, how it impacts them in the long run, and how medical, educational, and economic institutions fail victims of child abuse regularly.

In Part 4, van der Kolk explains the historical backdrop for trauma research, including its origins in the late 1800s. He delves into some of the most common arguments to trauma as a diagnosis throughout history, as well as the medical community’s and the general public’s rejection of the concept of repressed memory.

Van der Kolk also mentions some of the challenges in convincing people that trauma is «valid» research because it cannot be replicated in a lab.

Van der Kolk closes with an epilogue in which he urges the scientific community and the general public to pay more attention to trauma so that traumatized people might get the care they need and live fuller lives.