Summary of Midnight in Chernobyl: The Untold Story of the World’s Greatest Nuclear Disaster by Adam Higginbotham 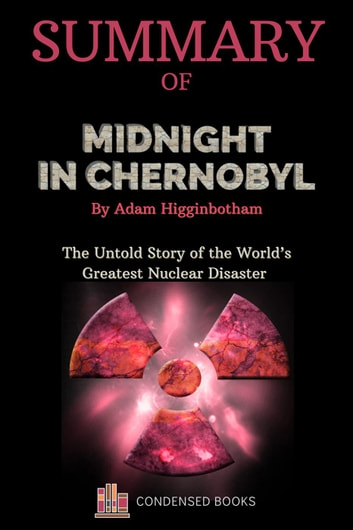 A high-quality summary of Adam Higginbotham´s book Midnight in Chernobyl, including chapter details and analysis of the main themes of the original book.

About Midnight in Chernobyl book

Chernobyl has become shorthand for the phantom horrors of radiation sickness, for a deadly technology losing its leash, for ecological fragility, and for what may happen when a dishonest and reckless state endangers its inhabitants and the entire planet in the thirty years since it occurred. However, the true account of the accident has long been disputed, muddled from the start by secrecy, propaganda, and misinformation.

Adam Higginbotham brings the calamity to life through the eyes of the men and women who experienced it firsthand, drawing on hundreds of hours of interviews conducted over the course of more than ten years, as well as letters, unpublished memoirs, and documents from recently disclosed archives.

The end result is a «riveting, deeply reported reconstruction» (Los Angeles Times) and a definitive account of a historic event: a story that is more complicated, human, and terrible than the Soviet myth.