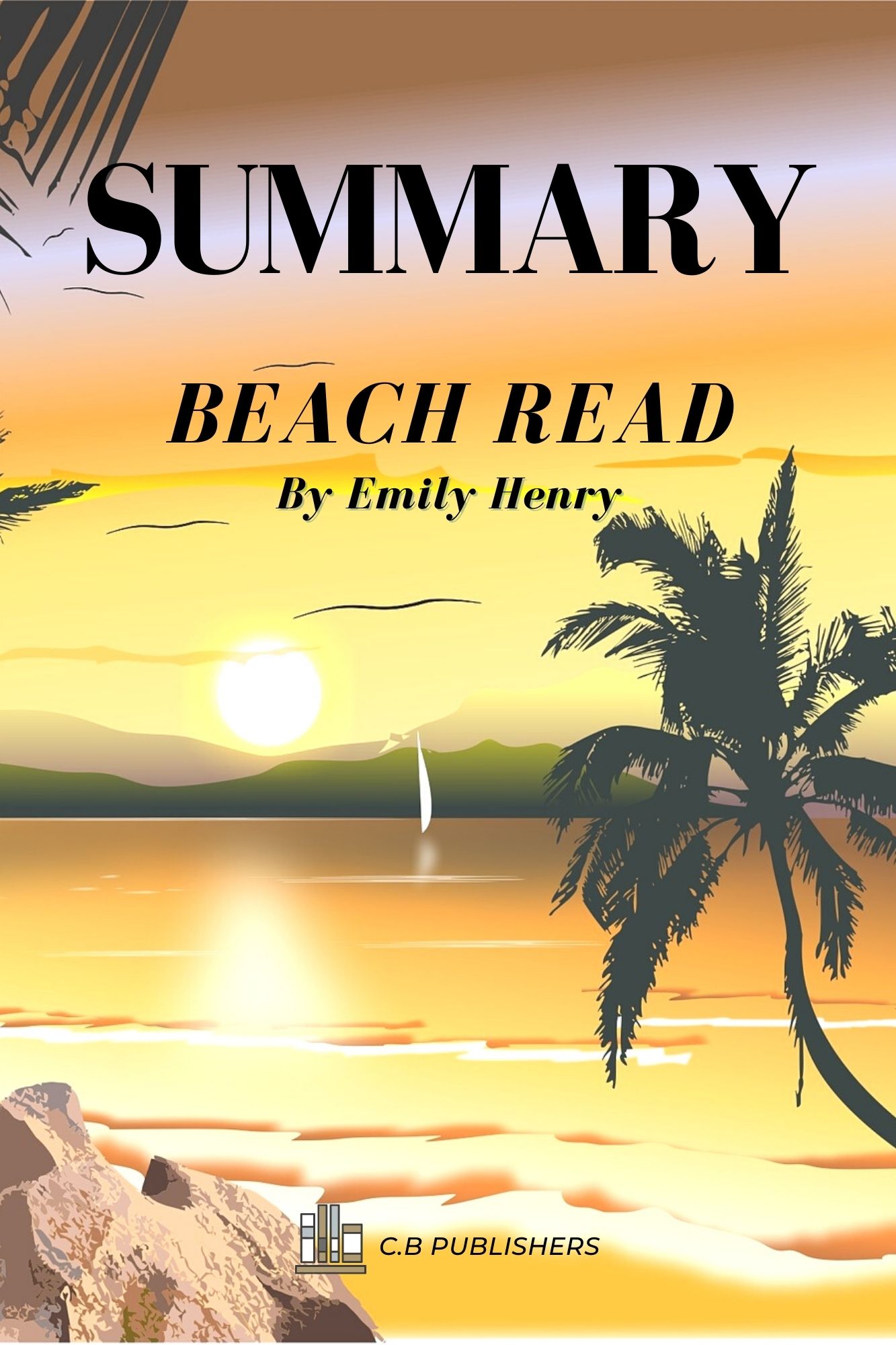 Chapter by Chapter Summary and analysis of Emily Henry´s book Beach Read, including detailed summaries of the chapters of the original book.

Chapter by Chapter Summary and analysis of Liane Moriarty´s book Apples Never Fall, including detailed summaries of the chapters of the original book.

Beach Read by Emily Henry is a contemporary romance novel set to be released in May 2020.

The story is set in the late 2010s and follows 29-year-old protagonist January Andrews, a millennial romance author dealing with her father’s death and a recent breakup while attempting to write her next bestseller with a shattered view of romance.

January’s first-person narration describes her changing perspective on the world, as well as her family history and college memories.

January Andrews arrives in North Bear Shores, Michigan, a small tourist town on Lake Michigan’s shores. She’s broke, owes her publisher a book, and is suffering from writer’s block. While she used to be able to write romance stories with ease, the discovery of her father’s affair, which she discovered after his death, has tainted her view of love.

Her entire life had been shaped by her family’s love and the romance she witnessed between her parents, and she now wonders how much of that was real. January’s six-year relationship with her ex-boyfriend Jacques ended after her father died, leaving her homeless and broken.

January must now relocate to her father’s hidden second home, a lake house he shared with his mistress, Sonya. Sonya gave her the key and a letter from her late father shortly after the funeral. The goal for January is to complete a manuscript and prepare the house for sale by the end of the summer.

Augustus «Gus» Everett, January’s college rival, lives next door. Gus always made a point of criticizing January’s work in college, leading January to believe Gus was anti-happy endings. There was also one night when they danced intimately at a fraternity party.

Their writing styles are diametrically opposed: while January writes romance stories with happy endings, Gus writes cynical and dark fiction with few happy endings. Gus and January meet at a bookstore, where they are introduced by the store’s owner, a woman named Pete. They joke around, but January is certain Gus doesn’t remember her.

January goes to Pete’s house for a book club meeting. Because Sonya is present, January hides in the bathroom and drinks wine. January eventually comes out of the bathroom, only to discover that Gus is also present.

Gus insists on driving January home when it’s time to leave. They stop for donuts, and she and Gus talk about their writing and admit to having Googled each other. On the way home, Gus recalls January in college and mentions the night they went dancing. Gus and January both admit to having writer’s block.

January and Gus are writing with renewed zeal. They also write notes that they send to one another through their windows. Gus interviews a woman whose sister was killed in a cult in town in the 1990s. Gus has been in town for the last few years researching the cult for his book. They stop for gas on the way home, and Gus flirtatiously reveals to January that he’s read her books.

Gus is then taken to a carnival, where they bond over making up stories about the people they see, taking turns creating hypothetical happy and sad endings for each remarkable person they meet. January also tells Gus about her previous relationship. January tells Gus about her father’s affair as they drive home.

The following week, they are supposed to interview Dave, who was raised in the cult, but he never appears. They end up discussing their childhoods and holding hands under the table. January sobs on the beach the next day about her life. When Gus sees her walking back to the house, he consoles her. She takes him to a drive-in theater that night, where they kiss.

Gus is gone the next day, and January fears she has scared him away. He has been missing for several days. Meanwhile, January visits Pete’s bookstore to have her books signed. Pete reveals that she is Gus’s aunt and that Gus is divorcing. Gus returns, and the following day they have their make-up interview with Dave. and the next day, while on a line-dancing date, January expresses her displeasure with Gus for not telling her about his life. Gus apologizes and explains that it’s difficult to discuss, and they embrace. They start spending more time together and grow much closer physically and emotionally as they work on their books, drink, and talk about their families and past relationships.

The following weekend, they interview Dave’s mother, who wanted to clarify why they were in the cult. January begins to understand why Gus enjoys writing about dark and bleak subjects after witnessing his empathy for his interviewees.

They take a stroll along the beach. Gus confides in January about his abusive father. They have sex soon after, and Gus receives a phone call that he takes privately. January becomes concerned when she notices a change in his mood.

The next day, they travel to the old cult’s location. Gus admits that he called an old friend, who warned him not to get too close to January because he liked her so much in college. January is surprised to learn that Gus has always desired her.

They barely spend any time apart over the next few days. January completes her novel and organizes the majority of the house, except the master bedroom, where she and Gus discover a safe but are unable to crack the code.

January and Gus are interviewed in front of a small audience at Pete’s book event. Gus’s ex-wife is in the audience. Throughout the interview, he appears stressed and approaches his wife, leaving January to walk home alone. Sonya is waiting for January at home. Sonya reads a letter to January in which she describes her affair with January’s father and how she didn’t realize he was still married until after she developed feelings for him.

Gus shares this sentiment with January. Sonya suggests that January finally read her father’s letter to better understand him. January does, and within it, she discovers the safe code. Inside the safe is a stack of letters her father wrote her on her birthday every year. Reading them helps January understand him better and provides her with the closure she requires.

Gus and January interact again two days later. Gus dances in the rain with January and explains why his wife wants him back. Gus tells January that he prefers to be with her, and the two decide to be together.

Both books were successfully published nine months later. January has sold her home but remains in town. Gus proposes to January on a scrap of notebook paper, similar to the notes they shared while writing through their windows. The proposal is accepted by January. Her bond with Gus is strong, and she has learned to be content with him for the time being.

Emily Henry is an American author who is best known for her romance novels Beach Read and People We Meet on Vacation.

Her debut novel, The Love That Split the World, was released in January 2016.

Henry resides and writes in Cincinnati and the Northern Ohio River region of Kentucky. She attended Hope College and the now-defunct New York Center for Art & Media Studies, where she majored in creative writing. She works full-time as a writer and proofreader.

Her work has appeared in Buzzfeed, Oprah Magazine, Entertainment Weekly, The New York Times, The Skimm, Shondaland, and other publications.