Summary of Verity by Colleen Hoover 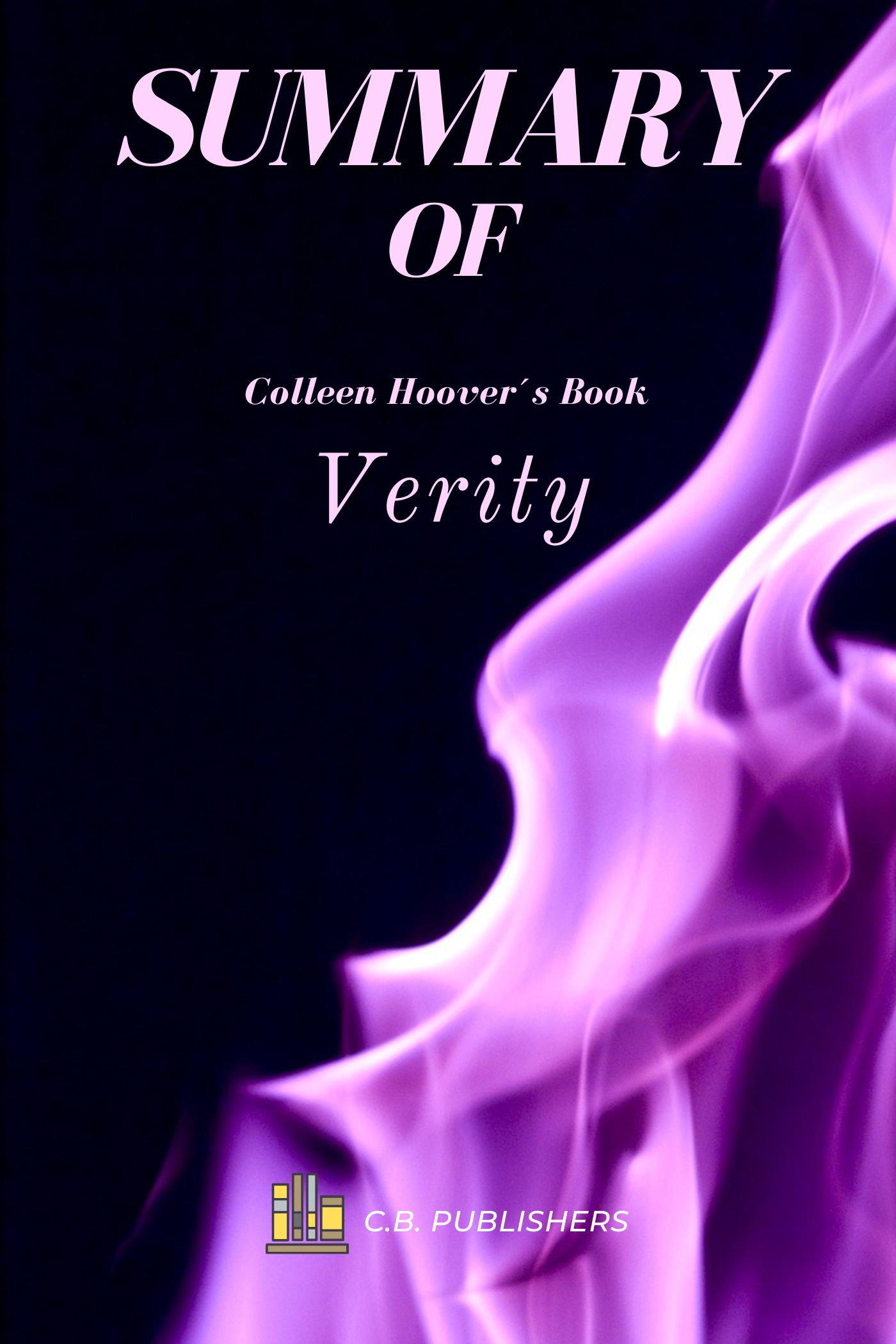 Chapter by Chapter Summary and analysis of Colleen Hoover´s book Verity, including detailed summaries of the chapters of the original book.

On her way to a meeting with her publisher, writer Lowen Ashleigh witnesses the death of a man. She is helped by Jeremy Crawford, a handsome stranger. They quickly bond and share their recent personal grief experiences.

Verity’s mother died of cancer recently. Both of Jeremy’s twin daughters died within six months of each other. They part ways, only to discover that they are both on their way to the same meeting at Pantem Press. Jeremy is the husband of Verity Crawford, a well-known author who is unable to complete the final three books in her popular series The Noble Virtues.

The offer made to Lowen asks her to complete the books in exchange for a large sum of money. Lowen accepts the deal and agrees to travel to Vermont to collect notes from Verity’s office. Lowen’s literary agent and former lover Corey warns her to be cautious given the suspicious nature of Verity’s car accident, which has rendered her immobile.

Lowen makes his way to Vermont. Crew, a five-year-old boy, is the only surviving Crawford child. Uncomfortable, Lowen attempts to settle in and get to work. She soon discovers a manuscript titled So Be It, which she misidentifies as Verity’s autobiography but is a writing exercise in which Verity explores violent impulses to better understand characters.

Verity and Jeremy’s first meeting and active sex life are detailed in the autobiography. Lowen notices Verity staring at her as she reads and feels increasingly threatened by her presence.

Lowen is disturbed by the manuscript’s content and suspects Verity played a role in her daughters’ deaths. Lowen and Jeremy’s relationship deepens and they almost kiss. Lowen learns about Verity’s twins, Harper and Chastin, and how she neglects them during the day while Jeremy is at work.

Lowen goes for a sleepwalk and wakes up in Verity’s bed. She tells Jeremy about a traumatic experience she had when she was 10 years old, which resulted in her mother’s neglect and a two-week psychiatric evaluation. Lowen is consoled by Jeremy. Jeremy installs a lock on the outside of Lowen’s bedroom door to calm his fears.

Lowen reads about Verity’s dream in which Harper murders Chastin. As a result, Verity decides to kill Harper by forcing her to swallow her own vomit. Jeremy intervenes before she achieves her goal. Verity becomes pregnant with Crew to appease Jeremy, who believes Verity is not treating Harper fairly.

Lowen relaxes with Jeremy on the eve of her 32nd birthday. They start having sex. Lowen notices Verity standing at the top of the stairs, watching them. Lowen decides to complete the autobiography before deciding whether or not to tell Jeremy the truth about Verity.

She learns that Chastin died during a sleepover due to an allergic reaction. Verity becomes convinced that Harper was involved in her sister’s death. Lowen is briefly alone with Verity on her birthday, whom she confronts. Verity is immobile. Later that evening, Lowen suggests that Jeremy place Verity in a nursing home to alleviate the burden of her care.

Harper drowned in the lake, according to Lowen. Verity intentionally capsizes the canoe and does not attempt to rescue Harper. Jeremy informs Lowen that Verity will be transferred to a nursing home on Monday and requests that she stay for another week. She concurs. They have exposed sex.

When Lowen is alone with Crew, he questions him about Harper’s death date. Crew cuts himself with a knife by accident. Jeremy drives him to the hospital for stitches, leaving Lowen alone with Verity. Lowen locks the door and installs a baby monitor in Verity’s room.

She keeps an eye on the monitor and reads the final chapter of the manuscript. Verity’s manuscript concludes with Jeremy questioning Verity’s involvement in Harper’s death. Verity considers suicide as a response.

Jeremy reappears. Lowen notices Verity on the floor of her bedroom on the baby monitor. She dashes upstairs to confront Verity once more. Jeremy grabs Lowen and orders her to leave. Lowen finally hands over the manuscript to Jeremy and requests that he read it. Jeremy confronts Verity and threatens to call the cops on her.

Verity blinks open her eyes. Jeremy starts strangling her. Lowen stops him and suggests he murder Verity in the same way she attempted to murder Harper as a baby. Verity is forced to choke on her own vomit by Jeremy. Lowen and Jeremy swear they will never talk about what happened.

A pregnant Lowen, Jeremy, and Crew return to Vermont seven months after Verity’s death. Lowen discovers a letter from Verity to Jeremy in which Verity describes how her manuscript was a writing exercise called antagonistic journaling that helped Verity get into the heads of her villainous characters.

Verity describes how Jeremy discovered the manuscript in the days after Harper’s death and then staged a car accident to kill her. Verity confesses to staring at Lowen, locking her in her room, and plotting to flee with Crew. Lowen decides to destroy the letter to keep Jeremy at peace. She vows to keep the secret until she dies.

Colleen Hoover is the best-selling author of eleven novels and five novellas in the New York Times. Hoover’s novels are classified as New Adult and Young Adult. Slammed, Hoover’s debut novel was released in January 2012. All of her full-length novels have since gone on to become New York Times Best Sellers. Colleen Hoover has appeared on ABC News Nightline and CBS This Morning, among other shows.

Colleen Hoover was born in Sulphur Springs, Texas, on December 11, 1979, to Vannoy Fite and Eddie Fennell. She was born and raised in Saltillo, Texas, and graduated from Saltillo High School in 1998. She married Heath Hoover in 2000, and they have three sons. Hoover earned a Social Work degree from Texas A&M-Commerce. She worked in various social work and teaching positions before beginning her writing career.

Colleen began writing Slammed, her first novel, in November 2011 with no plans to publish it. She was inspired by a line from the Avett Brothers’ song «decide what to be and go be it,» «Head Full of Doubt/Road Full of Promise.» As a result, she sprinkled Avett Brothers lyrics throughout the story. After a few months, a major book blogger, Maryse Black, reviewed her novel and gave it five stars. Following that, sales skyrocketed, and both Slammed and its sequel, Point of Retreat, made the New York Times Best Seller list.