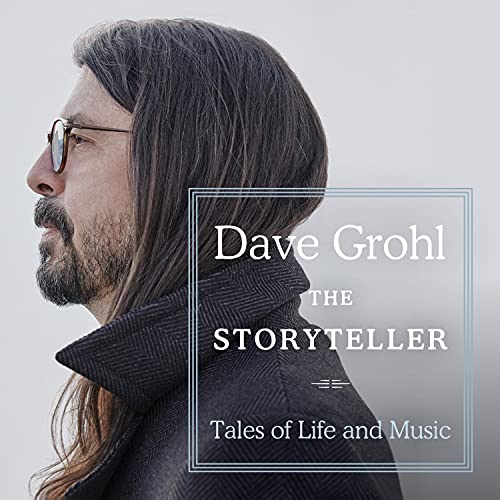 After toying with the idea for years and even offering a few dubious opportunities («It’s as simple as pie! Simply conduct four hours of interviews, hire someone to write the book, and put your face on the cover, and there you have it!
I’ve chosen to tell these stories in my own voice, as I always have. Writing these stories has given me the same rush as listening to a song I’ve recorded and can’t wait to share with the world, reading a crude diary entry from a stained notebook, or even hearing my voice bounce between the Kiss posters on my childhood wall.

This does not mean I’m giving up my day job, but it does give me a place to reflect on what it’s like to be a child from Springfield, Virginia, growing up and pursuing my wildest dreams as a young artist. From my first tour with Scream at the age of 18 to my time with Nirvana and the Foo Fighters, jamming with Iggy Pop or performing at the Academy Awards, dancing with AC/DC and the Preservation Hall Jazz Band, drumming for Tom Petty or meeting Sir Paul McCartney at the Royal Albert Hall, bedtime stories with Joan Jett or a chance meeting with Little Richard, I’ve done it all. I eagerly await the opportunity to sharpen the lens through which I perceive these experiences for you.

If you’re interested in Dave Grohl, drummer for «tragic grunge poster boys» Nirvana, whose Nevermind album turned 30 this year, The Storyteller might not be the memoir for you. The band’s legacy has been overshadowed by the suicide of singer and guitarist Kurt Cobain in 1994. The surviving members of Nirvana – Grohl and bassist Krist Novoselic – could relive the most painful period of their musical lives indefinitely, such as the insatiable appetite for Cobain-themed rock’n’roll rubbernecking.

There’s not much here about any of that. Disillusionment, heroin addiction, and a turbulent marriage with Courtney Love preceded Cobain’s death. Grohl addresses the addiction factually and sadly and avoids the latter entirely. Grohl, Novoselic, and Love ended years of lawsuits and counter-suits over Nirvana’s music rights in 2014 with a very public show of solidarity. Grohl would obviously not want to rip open cauterized wounds. He also has three daughters who will almost certainly read this; the book feels like an intentionally PG spin on what could have been a much rowdier, more tense tale. In the acknowledgments, he writes, «Someday I’ll have to tell you the rest.» But it sounds like that might be over coffee with his publisher – Grohl loves coffee to the point of nearly having a heart attack – rather than inside a dust jacket.

The Storyteller is a must-see for anyone interested in how a hyperactive misfit from suburban Virginia became a third of Nirvana and went on to become a stadium-filling star with his own Foo Fighters. This is a collection of vignettes from a vivacious rock’n’roll life.

Grohl is so rock’n’roll that he falls off a stage and breaks his leg during a Foo Fighters concert in Sweden in 2015, goes to the hospital, and then returns to finish the show.

It begins with an account of how the young Grohl progresses from rhythmically grinding his jaws to making a drum kit out of pillows to summoning the spirit of Led Zeppelin drummer John Bonham on a rudimentary altar and petitioning him for musical success. The seance was a success. He is now friends with Paul McCartney, the late Lemmy from Motörhead.

Punk, grunge, and rock are all about rage and disaffection. Similarly, these genres thrive on camaraderie and positivity, coexisting with nihilism. Grohl is infamous for being a Tigger-like character, cheerful and enthusiastic. He has always chosen life, irrepressible yang to Cobain’s more anguished yin.

Grohl, who grew up in a low-income family with a lot of maternal love, believes he had ADHD because of his restlessness and inability to channel his natural curiosity into good grades. While his mother, whom he adores, encouraged him to seize the day, Grohl’s divorced father disowned him when he dropped out of school to join the punk band Scream, which played venues Grohl was not legally permitted to enter due to his age (he had lied to get the gig).

As with many memoirs, artists’ origin stories can ring far louder than their triumphs laps; Grohl’s is no exception. Those years crammed into vans, living off fumes and the kindness of female mud wrestlers are some of the most vivid in my memory. The international punk ecosystem’s camaraderie and sudden violence are beautifully evoked as he lurches from high jinks with Italian tattooists to Dutch squat riots.

With Scream suddenly defunct, Grohl hears through the grapevine that Nirvana, who were already well-known, was interested in him. His second secondment finds him (not) sleeping on Kurt Cobain’s couch, kept awake by a desperate terrarium tortoise’s butting. An emaciated Grohl survives on cheap corndogs from a gas station until his first paycheck arrives.

The band’s meteoric rise is thrilling and perplexing – until it isn’t. When Nirvana disbands, he declines a lucrative job playing drums for Tom Petty and the Heartbreakers in order to record Foo Fighters’ excellent debut album in a makeshift home studio, playing every instrument himself.

It is so rock’n’roll that he falls off a stage and breaks his leg at a Foo Fighters festival gig in Sweden in 2015, goes to the hospital, and then returns to finish the show. However, the A-list fun is less thrilling than when a very young Grohl is enlisted to play drums for Iggy Pop.

He is constantly grateful for his good fortune, meeting his idols and not being let down, and being delirious at playing in a supergroup, Them Crooked Vultures, with Led Zeppelin bassist John Paul Jones. And, while Grohl is a lively and thoughtful writer, his strange editorial decisions irritate me: the repetitions and the changes to a strange font when he wants to emphasize a point. That hand-holding contrasts with the cover image of a bespectacled rock elder statesman gazing maturely backward.