The Song of Achilles Summary

The Song of Achilles Summary 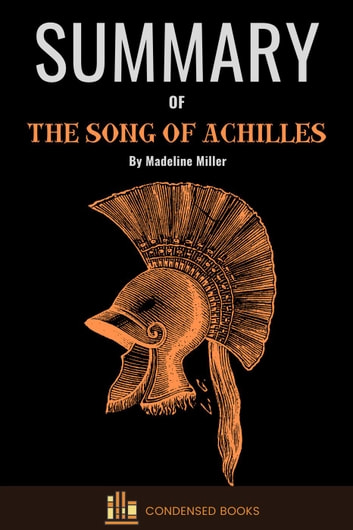 A high-quality summary of Madeline Miller´s book The Song of Achilles including chapter details and analysis of the main themes of the original book.

About the original The Song of Achilles book:

The popular novel The Song of Achilles by Madeline Miller retells the events of Homer’s Iliad. The novel reimagines the connection between ancient Greek Trojan war heroes Achilles and Patroclus and was published in 2012. The story is told in the first person by Patroclus and tackles issues important to Greek mythology, such as fate’s immutability and the desire for glory.

Patroclus opens the tale by recounting his birth and early youth. Patroclus, the tiny and mistreated son of King Menoitius, is a disappointment to his father. Menoitius invites Patroclus, a nine-year-old boy, to Tyndareus’ court as a suitor for his daughter Helen’s hand in marriage. Even though Patroclus’ plea is obviously denied, he is compelled to swear a blood promise to defend Helen’s marriage.

Patroclus is banished at the age of ten for accidentally killing a nobleman’s kid. His banishment leads him to Phthia, where he encounters King Peleus’s son Achilles and a nymph named Thetis. Patroclus draws Achilles’ attention and offers him a friend. As they develop into adolescence, the two become close, and their relationship blossoms into romance.

Thetis, on the other hand, disapproves of their connection. She considers that a person of such obscurity is unsuitable as a companion for her son, who is destined for greatness. She whisks Achilles away to train with Chiron, a centaur known for training Heracles and other Greek heroes. Patroclus accompanies Achilles, and the two boys spend two years learning with Chiron together.

The Song of Achilles Summary is written by Condensed Books.