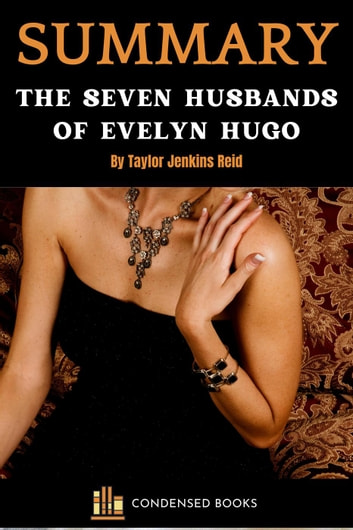 A high-quality summary of Taylor Jenkins Reid´s book The Seven Husbands of Evelyn Hugo including chapter details and analysis of the main themes of the original book.

About the original The Seven Husbands of Evelyn Hugo book:

Monique, a struggling journalist, is offered the opportunity to interview the mysterious and secretive 1960s Hollywood beauty Evelyn Hugo about fame, controversy, and love in the 2017 novel. The novel received a nomination for Best Historical Fiction in the 2017 Goodreads Choice Awards.
When famous star Evelyn Hugo asks Monique Grant to do her first interview in decades, she is a struggling junior reporter at Vivant magazine. When Monique arrives, she discovers that Evelyn has something different in mind: a tell-all about her seven high-profile marriages. Despite her misgivings about Evelyn’s objectives, Monique accepts her job as a biographer, realizing that this is a career-defining chance.

The Seven Husbands of Evelyn Hugo Summary is written by Peter Cuomo.