Summary of The Sanatorium by Sarah Pearse 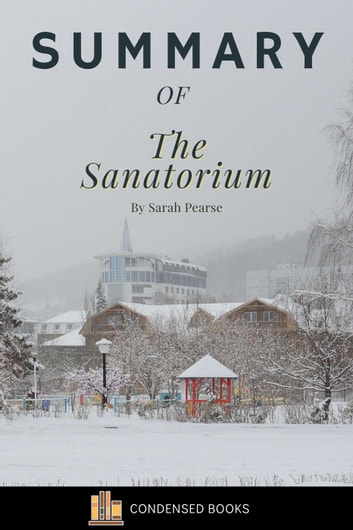 A high-quality summary of Sarah Pearse´s book The Sanatorium, including chapter details and analysis of the main themes of the original book.

About The Sanatorium book

Le Sommet has long been a dark spot, covered by forest and overshadowed by ominous heights. The previously abandoned sanatorium has now been rebuilt into a five-star minimalist hotel, which has been plagued with disturbing rumors.

Elin Warner has no desire to be in an imposing, solitary holiday area high in the Swiss Alps. Elin, on the other hand, has taken time off from her profession as a detective, so when her estranged brother, Isaac, and his fiancée, Laure, invite her to the hotel to celebrate their engagement, Elin has no excuse not to accept.

Elin is immediately on edge when she arrives in the middle of a severe storm—something there’s about the hotel that makes her anxious. When they realize Laure is missing the next morning, Elin must trust her senses if they are to find her. With the storm cutting off all access to the hotel, the longer Laure is gone, the more worried the other guests become.

Elin is under duress in her search for Laure, but no one has noticed that another woman has vanished. She’s also the only one who could have informed them about the danger they’re all in…