Summary of The Lost Apothecary by Sarah Penner 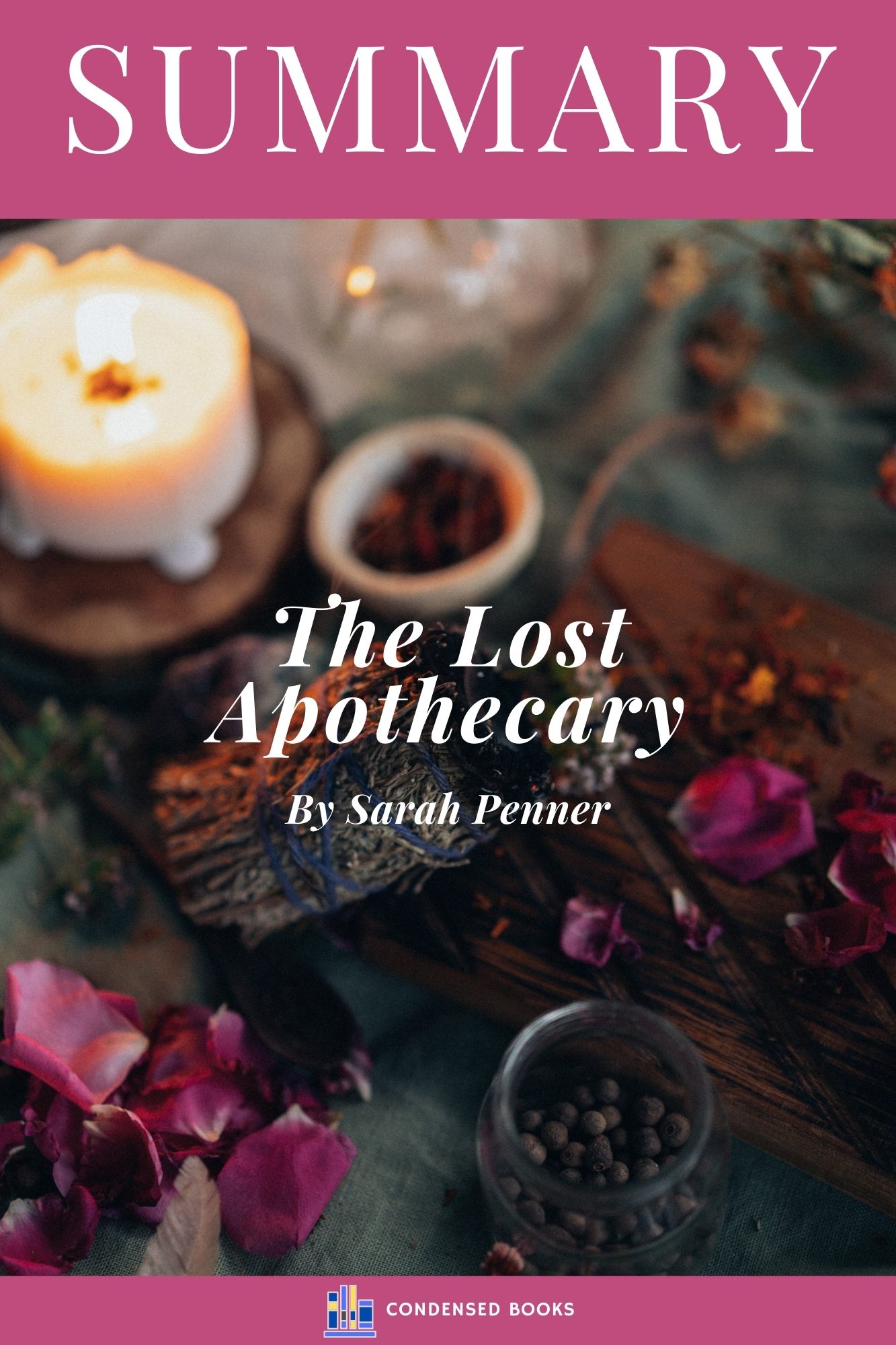 Extensive analysis of Sarah Penner´s book The Lost Apothecary, including detailed summaries of the chapters of the original book.

About The Lost Apothecary book

The novel alternates between an 18th-century and a modern-day timeline, as well as the first-person narrations of three different people. The lives of apothecary Nella Clavinger, young housemaid Eliza Fanning, and London traveler Caroline Parcewell are told in this film. In their convergent and diverging points, all three stories deal with themes of betrayal, feminine power, and concealment.

Nella Clavinger, a 41-year-old apothecary in London, prepares for the arrival of her latest client at dawn in 1791. Nella now sells poisons to women who want to murder the bad males in their lives, even though the shop, located at 3 Back Alley, originally belonged to her late mother and solely supplied recognized treatments for women’s ailments. Nella’s chosen career has changed the character of her mother’s shop, but she adheres to two rules: (1) the poison must never be used to harm another woman, and (2) the murderer’s and victim’s names must be written in Nella’s calfskin register.

Nella sees Eliza Fanning in the morning, who buys two raw eggs spiked with nux vomica for her mistress; Mrs. Amwell intends to murder her husband for intoxicating Eliza with booze and attempting to rape her. Eliza says that, while Mrs. Amwell came up with the plan to murder Mr. Amwell, it was Eliza who suggested they do it during a fairly benign breakfast mealtime. Nella sells Eliza the dangerous eggs in a jar with a bear motif and the two separate ways.

Eliza successfully poisons Mr. Amwell the next day, but she gets her first period as soon as he passes. She is disturbed by the blood and assumes it is Mr. Amwell’s act of vengeance. Nella receives an unexplained letter from a woman asking for a deadly aphrodisiac, which she assumes will be used against the requester’s spouse two days after Mr. Amwell’s death.

Eliza returns to Nella’s shop in the hopes of finding anything to help her exorcise Mr. Amwell’s spirit. Nella, on the other hand, dismisses the existence of phantoms, implying that Eliza is simply hallucinating his spirit, as well as the ghost of Johanna, a young woman who is claimed to have died in the house while carrying Mr. Amwell’s son.

When Eliza is unable to obtain Nella’s assistance in this manner, she requests to remain in the shop as an apprentice to avoid having to return to the haunting Amwell estate. Nella initially declines, but soon finds that her mysterious physical sickness makes portioning her client’s aphrodisiac powder into the proper container impossible. She also gives Eliza a book of magic spells to help her forget about the spirits who have been plaguing her; inside the cover is the address of a shop that sells magic books.

Lady Beatrice Clarence of Carter Lane, Nella’s most recent customer, is immediately portrayed as arrogant and entitled. She misidentifies Eliza as Nella’s daughter and expresses her strong desire to have a child of her own, admitting that she and her husband have struggled to conceive. The woman corrects Nella’s notion that the powder will kill her husband by disclosing that she intends to murder his mistress, Miss Berkwell. Nella refuses to sell the powder to the woman after hearing this.

Lady Clarence tries to force her way into the powder, but Nella throws it into the fire instead. Outraged, Lady Clarence threatens to report Nella to the authorities unless she remakes the powder by the next day. Though Nella is first opposed to the idea, horrified at the prospect of harming another woman, Eliza points out that Lady Clarence’s threat puts past clients at risk because of the names on her record.