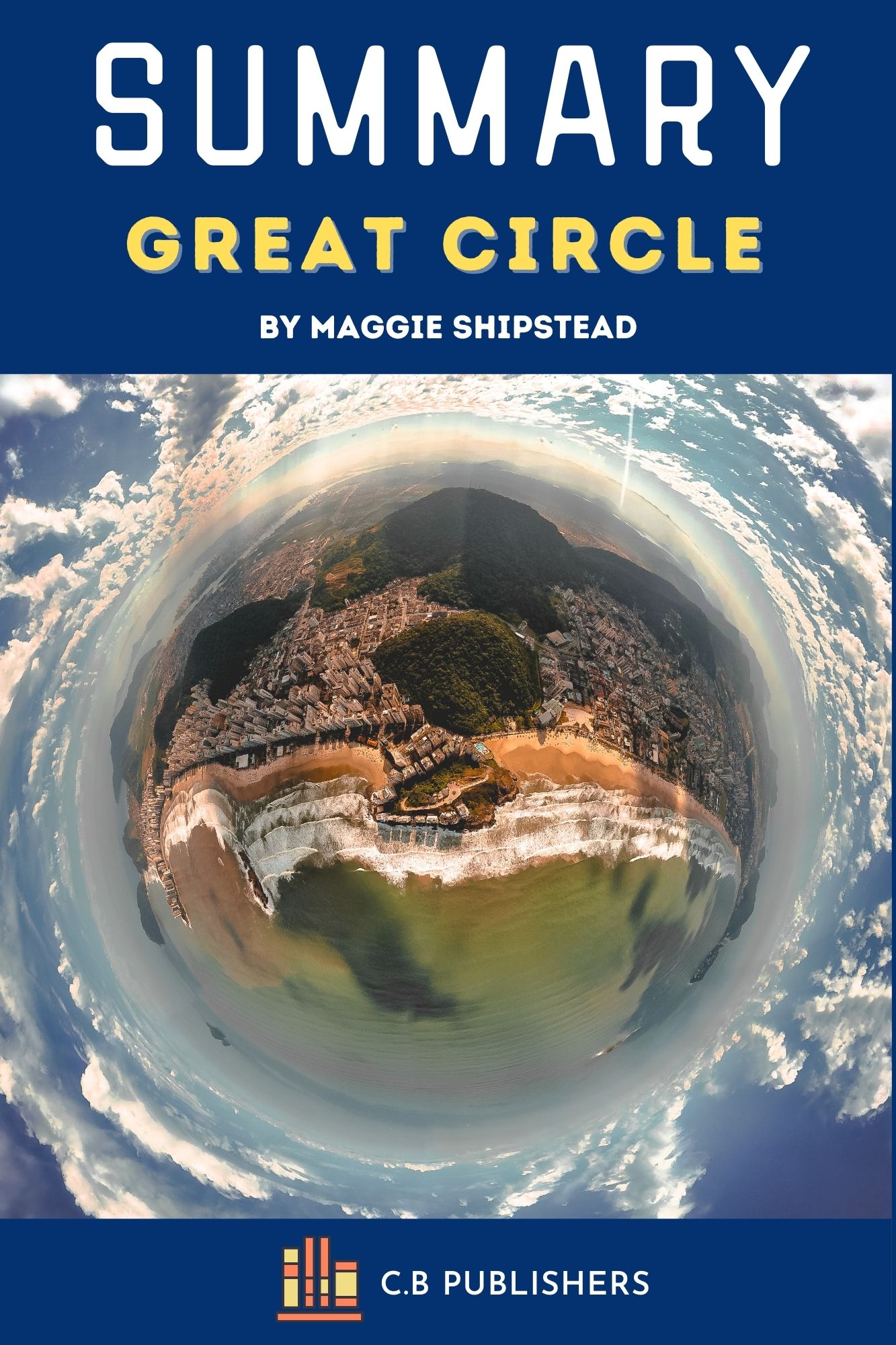 Chapter by Chapter Summary and analysis of Maggie Shipstead´s book Great Circle, including detailed summaries of the chapters of the original book.

Marian Graves is a female aviator who attempts in 1950 to fly a plane between the North and South Poles. Her plane, however, will crash on the final leg of her journey. Hadley Baxter, a young actor, is fired from a popular film franchise in 2014 after being photographed with a musician who is not her boyfriend. After leaving the franchise, Hadley is offered the role of Marian Graves in a biographical film based on the scant information available about Marian’s life.

Marian and her twin brother, Jamie, are abandoned by their father, Addison Graves, a disgraced sea captain. Addison was imprisoned after their mother committed suicide by remaining on a sinking ship. The twins are raised by their uncle Wallace, an alcoholic painter. When Addison is released from prison, he is too embarrassed to face his children and disappears.

His kids never saw him again. Caleb Bitterroot, a local boy, becomes friends with Marian and Jamie. Marian and Caleb have an early romance, but it never develops into a relationship because they are both fiercely independent. Marian is inspired to become a pilot after witnessing an airshow.

She is, however, told that women cannot be pilots. She disguises herself as a boy and works for a local bootlegger during the prohibition era to fund her flying lessons.

She meets a local gangster named Barclay Macqueen one day. Despite Marian’s age, Macqueen becomes obsessed with her and seeks out a pilot named Trout Marx who is willing to teach her. Marian is bequeathed to Macqueen in the hope that she will eventually fall in love with him. Marian learns to fly but harbors resentment toward Macqueen.

She is determined to repay Trout by becoming a smuggler after his death. Meanwhile, Jamie escapes to Seattle and falls in love with Sarah. Though her wealthy father wishes to assist Jamie, he finds her vegetarianism offensive. Jamie leaves Seattle, but she never forgets Sarah. Hadley prepares for her role as Marian, but she develops feelings for the film’s producer, Redwood Feiffer.

Marian finally agrees to marry Macqueen in 1931, after receiving numerous threats. Marian’s marriage is unhappy, and Macqueen abuses her. He wishes for her to have a child, but she refuses. She meets with Caleb on occasion, and he becomes her only means of communication with the outside world. Marian eventually tires of the abuse and flees in a plane. She goes into hiding in Canada, then Alaska, adopting a new identity and becoming a professional pilot.

She writes to the US government to inform them of Macqueen’s crimes. Macqueen is arrested and killed by an unknown gunman shortly after his release. Marian rebuilds her life in Alaska, while Jamie becomes addicted to alcohol after returning to Montana. He starts a career as a painter, and his works become increasingly sought after. Wallace seeks treatment for his alcoholism and dies in a hospice. Caleb pays Marian visits on an irregular basis, and they rekindle their romance, though they never fully commit.

Marian joins the military as a pilot and serves in England during World War II. There, she meets Ruth and falls in love with her. Ruth is married to Eddie, a gay man; their marriage diverts attention away from their true sexual orientations. Jamie works as an artist for the military after briefly rekindling his relationship with the now-married Sarah (with whom he has a child). He travels the world painting war scenes until his ship sinks and he drowns. Marian is devastated by her brother’s death. Ruth is rejected, and she returns to Caleb. Ruth dies soon afterward, and Marian never forgives herself.

Hadley begins filming her Marian film. She gradually learns more about Marian’s life, and she realizes how much of her movie is inaccurate.

Marian accepts a sponsorship to fly around the world after the war. Eddie is chosen as her co-pilot, and they attempt to circumnavigate the globe in 1949, passing over both poles.

The land in Antarctica as their flight nears its end. Eddie does not believe they will survive and opts to remain behind. Marian keeps flying, but her plane develops a leak. She purposefully crashes the plane, causing the rest of the world to believe she is dead. She goes to New Zealand and takes on a new identity.

Marian passes away from old age.