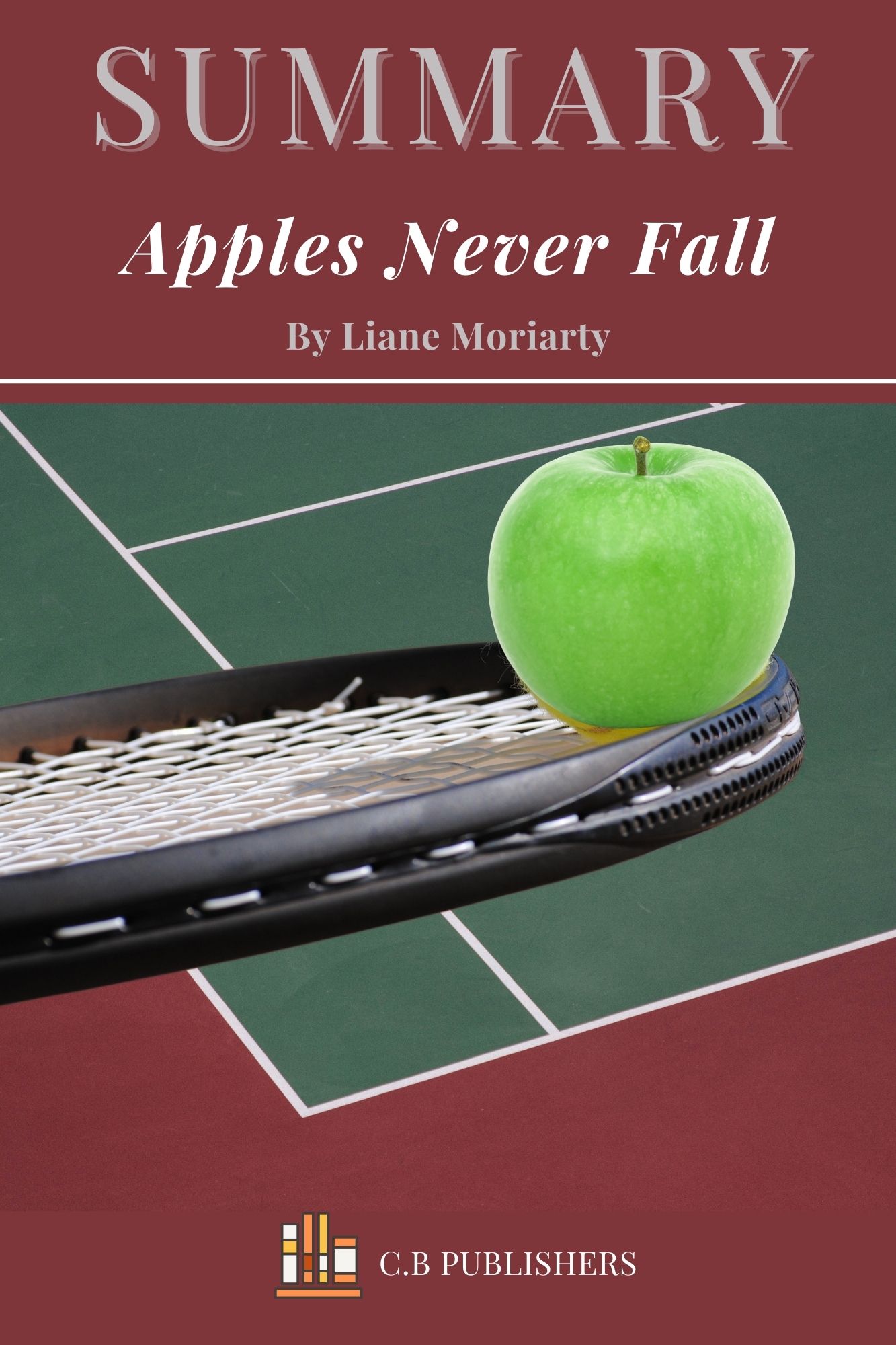 Chapter by Chapter Summary and analysis of Liane Moriarty´s book Apples Never Fall, including detailed summaries of the chapters of the original book.

Liane Moriarty’s 2021 novel Apples Never Fall begins as a mystery thriller: Joy Delaney, a 60-year-old mother, and retired tennis coach, mysteriously disappears on Valentine’s Day, and all signs point to her moody and volatile husband, Stan, a former world-renowned tennis coach himself, as the most likely murderer. As the days pass and the police continue to search for Joy, the novel transforms into a probing psychological study of a deeply dysfunctional family.

Each of the couple’s four grown children harbors deep grudges and bitter resentments toward the parents who hoped to coach their children to become world-class tennis champions.

Apples Never Fall, Moriarty’s ninth novel, contains provocative and emotional scenes with a cinematic sensibility, as well as a cast of vividly drawn characters who are at odds with each other and their pasts.

The novel quickly became an international best-seller, and NBC Universal optioned it for a television mini-series before its September release.

Joy and Stan Delaney, who has been married for nearly 50 years, are adjusting to retirement. They ran one of Australia’s most prestigious tennis academies for four decades. Their four grown children, Troy, Logan, Amy, and Brooke, were all promising rising tennis players who have now settled into lives away from sports, finding their successes (and failures) and dealing with their own, sometimes stormy, sometimes passionate, relationships.

While Joy and Stan are at home together the summer before she goes missing, they answer a sudden knock at the door and are stunned to find a bloodied and bruised woman there. She introduces herself as Savannah Pagonis and begs for assistance because her boyfriend has beaten her and she has nowhere else to go.

Joy accepts the terrified young woman and even offers her one of the children’s old bedrooms, much to the chagrin and bewilderment of Stan and their children.

The presence of the troubled young woman, as well as Joy’s maternal care for a stranger, sparks acrimonious debate among the siblings about their upbringing under their father’s authoritarian discipline: He fantasized about coaching them all to professional tennis glory, only to see each of their dreams come crashing down on their irony: Troy was too flashy and volatile on the court; Brooke was crippled by migraines brought on by competition stress; Logan drifted, too noncommittal for any success, and Amy allowed too many uncertainties into her head.

Savannah quickly becomes a fixture in the Delaney household, doing all of the couple’s cooking. During the Christmas season, tempers flare, and the family embarks on the difficult process of healing decades-old emotional wounds. Logan investigates Savannah’s background and discovers troubling details in her story about an allegedly abusive boyfriend, while Amy discovers Savannah was briefly involved in an internet scam involving the sale of fake tennis memorabilia.

Joy enters Savannah’s room while she is out of the house, concerned. Savannah is the sister of retired tennis star Harry Haddad, a protégé Stan developed years ago until Haddad abruptly, inexplicably, left for another coach and went on to win multiple Grand Slam titles. Savannah confesses to the Delaneys that she knew them and that she was raised by an abusive mother who starved her to mold her into a world-class ballet dancer.

She recalls coming to the Delaney house once, desperate for food, while her brother was training, and being rudely turned away. Savannah agrees to leave the house, but not before telling Stan that Joy was the one who encouraged young Harry to leave Stan’s academy.

Stan can’t handle the news and the couple alternates between bitter fights and long periods of silence for weeks. Joy, determined to make a peace offering to Stan on Valentine’s Day, bakes him his favorite apple crumble pie. Stan, on the other hand, loses it over what he now believes is Joy’s deliberate destruction of his coaching career. He walks away, and when he returns, Joy is gone, he later tells the police.

The family reports the missing mother after several days, and the police immediately suspect Stan. The children are unsure. Stan learns that Harry Haddad is returning to competitive tennis as the investigation continues.

As the Delaney siblings deal with the disappearance, they must evaluate their lives: Brooke, who is divorced from her husband, runs a failing homeopathic physiotherapy clinic. Logan, whose longtime girlfriend, Indira, has left him due to his indecision, pursues teaching business communications at a community college indifferently.

Troy, a ruthless but successful wildcat stock investor, struggles to iron out the details of a plan for his ex-wife to use embryos they froze while married. Amy, a part-time taste tester, is plagued by a variety of syndromes and neuroses.

The police believe they have enough evidence to arrest Stan after grainy footage from a neighbor’s security camera shows him struggling to put a roll of carpet in his car the night Joy went missing. However, Joy arrives at the house while they are there. She quickly explains that she was emotionally confused and needed time away, so she agreed to go away with Savannah on a fancy 21-day off-the-grid retreat on the spur of the moment.

She left a note, but Stan deduces that a faulty refrigerator magnet caused the note to fall to the floor, where it was eaten by the family dog. Joy is energized by her retreat and ready to make her marriage and retirement work. Stan tells the cops that he replaced a carpet Joy had long disliked making amends for their disagreement. The family reunites and vows to work through their complicated and messy emotions as a unit.

Savannah boards a plane and returns to Adelaide as the novel concludes. She reveals that months before she left, she drugged her mother and locked her mother in her bedroom with only a few protein bars and bottles of water, certain that her mother would starve to death. Savannah is returning to see if her plan worked. 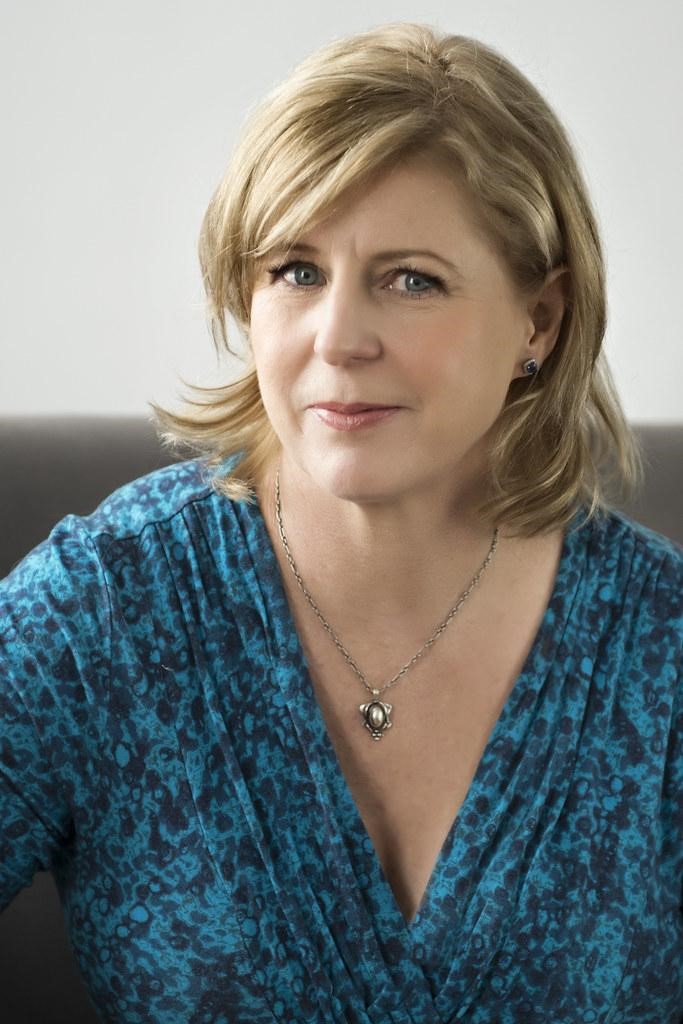 Liane Moriarty is an Australian novelist whose works are well-known both in Australia and internationally. People of all ages enjoy her books, and millions of copies have been sold worldwide.

The novelist depicts goal-oriented characters who face unexpected challenges. Each story contains a mystery that readers must solve; the suspense builds until the very end. The woman spent ten years writing three children’s fantasy books and six adult novels, which have been translated into 35 languages.
On November 15, 1966, in Sydney, Australia, the future author was born. The parents wanted the child, and the mother documented every stage of the baby’s life in a diary, which Liane cherishes. Later in the family’s life, three daughters and a son were born, and the parents had no time for their diaries.

Moriarty was a voracious reader when she was younger, and she read constantly. The adolescent also tried her hand at writing. The father encouraged his daughter to do so and even ordered a one-dollar short story. It was the girl’s first paycheck. Liane discovered she enjoyed writing and set to work. She soon completed the three-part epic The Mystery of Dead Man’s Island.

Liane, like the young woman’s relatives, was unsure if she wanted to devote her life to literature. She received an education and was hired at a marketing firm to further her career. Moriarty decided to start her own business after working as a marketing manager for a large publishing house, but her first attempt was a failure, and Liane preferred to remain a freelancer.

The inexperienced writer produced short stories, advertising slogans, and video scripts; the fiction she wrote for pleasure was simply postponed.

Liane’s sister Jaclyn was writing a novel at the time. Liane’s perspective on her hobby shifted, and she decided to try her luck. She sent her children’s book to numerous companies and received numerous rejections. Moriarty changed his strategy and enrolled at Macquarie University in Sydney to study creative writing.